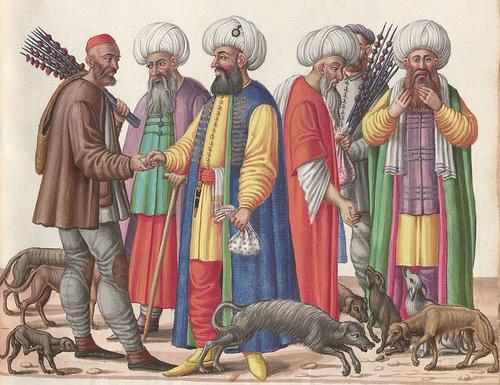 At the juncture of Africa, Europe, and Asia, the Middle East boasts deserts, mountains, steppes, valleys and river deltas. Across the regiondiverse mammals, reptiles, birds, and insects, as well as marine organisms and invertebrates, make their homes. The workshop “Middle Eastern Animals: Interdisciplinary Perspectives from Early Modern to Contemporary Times” will focus on this diversity and explore the role non-human animals have played throughout the history of the Middle East. It aims to convene and stimulate exchange between graduate students, early-career researchers, and professors across disciplines interested in animals and human-animal relations and will take place at the University of Vienna on June 27-28, 2019. Our hope for the workshop is that our disucssion will help to offer concrete feedback to all participants in order to make their work both individually stronger and to fit together better as an intellectual product with the other contributions. It is our intention to produce a themed journal issue from select contributions.

This workshop is not open to the general public, but only to active researchers. There is no participation fee, but pre-registration is required. Please contact Dr. Onur İnal (onur.inal@univie.ac.at) for registration any further information.

The workshop is arranged with financial support from the Near Eastern Studies Department (Turkish Studies) of the University of Vienna and Humboldt Yale History Network.

Ido Ben-Ami (Tel Aviv University)
What was it like to be a War-Horse of a Gazi? : The Animal Turn in Ottoman History

Tamar Novick (Max Planck Institute for the History of Science)

Gisela Procházka-Eisl (University of Vienna)
Clean and Dirty Animals in Ottoman Divan Poetry: The Case of Adanalı Süruri or “the Nightingale of my Imagination“ versus the “Shitty Nightingale”

Conquest, Revival or Nothing Special? The (Re-)Introduction of Domesticated Animals to Modern Palestine