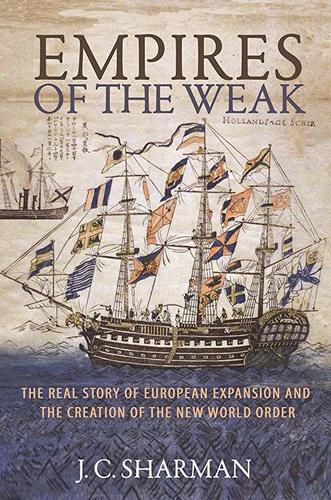 The following book review, written by Alan Mikhail, Professor of History, appeared in the Feb. 28 issue of The New York Times:

EMPIRES OF THE WEAK:
The Real Story of European Expansion and the Creation of the New World Order
By J.C. Sharman

Where to end the story? For historians, the answer to this question can often shape their accounting of the past. “Empires of the Weak” very consciously ends its story right now.

Most histories written in or about the 20th century accept some version of the idea that Europe “won” world history. From the perspective of today, however, this seems an increasingly difficult claim to defend. For J. C. Sharman, a professor of international relations at Cambridge, “Europeans didn’t win in the end: Their empires fell, and their military capacity shriveled. Even the United States has experienced more defeats than victories against non-Western forces over the last half-century.”